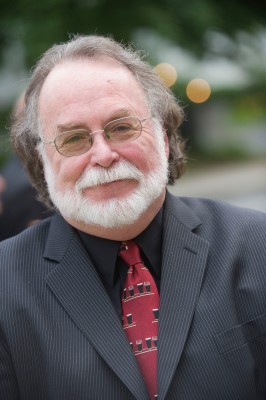 FREUD’S LAST SESSION – (Meeting of Sigmund Freud and C.S. Lewis) ran two years Off-Broadway closing July 24th, 2012.  The play has been open in Argentina since January 2012 and in repertory in Sweden, Australia, Denmark with other international productions including Spain and Japan. For more information, visit FREUDSLASTSESSION.COM.

THE FABULOUS LIPITONES, a musical comedy co-written with John Markus, premiered at the Theatrical Outfit in Atlanta in summer, 2013, and then at the Good Speed Opera House. Currently the musical is playing at the George Street Playhouse, and has been released nationally.

Mark’s plays include CAMPING WITH HENRY AND TOM (about a trip taken by Thomas Edison, Henry Ford and President Warren G. Harding), which won the Lucille Lortel and Outer Critics Circle Awards, EARS ON A BEATLE, (about John Lennon and the FBI), THE GOD COMMITTEE (based on the Transplant Selection Committee at Mt. Sinai Hospital, NY), and OUT OF GAS ON LOVER’S LEAP

Mark wrote the Tammy Wynette Musical STAND BY YOUR MAN, which began at the Ryman Theater in Nashville. With composer Charles Strouse, Mark co-wrote the book for his adaption of Dreiser’s AMERICAN TRAGEDY.

With composer Randy Courts, Mark has written the perennial musical THE GIFTS OF THE MAGI, JOHNNY PYE AND THE FOOLKILLER (AT&T Award Grant), and JACK’S HOLIDAY at Playwrights Horizons.

He co-wrote director Carroll Ballard’s film DUMA and produced and directed the documentary MY DOG, An Unconditional Love Story, with Richard Gere, Glenn Close, Edward Albee and others.

Mark is an Associate Artist of the Barrington Stage Company, recipient of the William Inge Festival’s New Voices Award and a member of the Dramatists Guild and the Writer’s Guild East. He is an alumnus of New Dramatists.