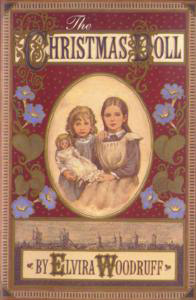 Set in 1840s London, Lucy and Glory Wolcott live at Grimstone Union at the mercy of the cruel Matron Wick and Mistress Branch. Lucy invents stories about a long lost doll named Morning Glory to humor her sister. When a deadly fever sweeps through the workhouse, the two sisters escape to the mean streets of London where they encounter many colorful characters. Finding an old, discarded doll by the river that Glory believes is her long lost doll, and teaming up with the beggar boy Nick Button, Morning Glory leads the three on a journey that will change their lives forever, for Morning Glory is no ordinary doll. Written in the style of Charles Dickens/Oliver/Annie). Mainstage or TYA.

“Woodruff spins a Dickensian saga, full of outlandish Londoners and narrative twists, both cruel and kind … But beneath the dark, chilly gloom of The Christmas Doll beats a big, bright, beautiful heart … Audiences will cherish this beautifully crafted Doll” – The Charlotte Observer

“It’s better than half the musicals I saw on Broadway last year – with production values at the same high level…a damn good musical!” – Creative Loafing

Take a look at the script here: THE CHRISTMAS DOLL perusal copy (sample)