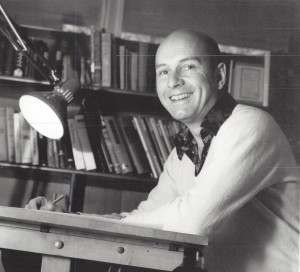 William F. Brown won a Tony nomination and a Drama Desk Award for writing the book of THE WIZ, one of the most successful musicals ever to come to Broadway and was the winner of seven Tony Awards, including Best Musical of the Year. Other Broadway credits include THE GIRL IN THE FREUDIAN SLIP (author); NEW FACES OF 1968 (head writer); and A BROADWAY MUSICAL (book).

Off-Broadway and in regional theatre, Bill wrote the books for other critically-acclaimed musicals including HOW TO STEAL AN ELECTION, DAMON’S SONG, TWIST, and THE NUTLEY PAPERS. He was head writer for A SALUTE TO THOSE WHO SERVED, a two-hour musical event with a cast of over 200, held in Washington, D.C. at the dedication of the Korean War Veterans Memorial.

In revue, he was a steady contributor of sketches and lyrics to nine of the prestigious Julius Monk Revues in Manhattan and Chicago. His many other revues included COCONUTS at the Coconut Grove complex in Miami, STRAIGHT UP WITH A TWIST, and SECRETS EVERY SMART TRAVELER SHOULD KNOW at Lucille Lortel’s White Barn Theatre in Westport, CT.

His 100-plus TV credits include Jackie Gleason’s “American Scene Magazine,” “That Was the Week That Was,” “As the World Turns,” “Love American Style,” “Max Liebman CBS Specials,” “World War II: G.I. Diary,” “Spies,” and many others. Joan Rivers has been indebted to him for special material, as has Georgie Kaye, Joey Foreman, Leslie Gore, and Joel Grey, for whom Brown created one of his four produced TV pilots.

He has written book and lyrics for about 100 industrial shows, films, and videos for all over, from Ford,to Dupont, to State Farm, to Pepsi Cola.

He has been a syndicated cartoonist with the comic strip ”BOOMER”, and has written and illustrated five books of his own, as well as illustrating six others.

He is past president of the Theatre Artists Workshop of Westport.