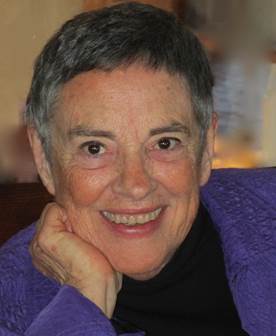 Julie Jensen was recently commissioned by the Kennedy Center’s Theatre for Young Audiences to adapt Kathryn Erskine’s novel MOCKINGBIRD, which premiered at the Kennedy Center in January 2015 (left).  Julie won the David Mark Cohen National Playwriting Award for this play, and it has been nominated for 2 Helen Hayes Awards, in Outstanding Original Play or Musical Adaptation, and Outstanding Production, Theatre for Young Audiences.

Her play CHRISTMAS WITH MISFITS premiered at Plan-B Theatre in Salt Lake City in December 2014.

Her play TWO-HEADED was recently produced at the Rose Theatre, London, and the Berkshire Theatre Festival in Massachusetts, and CHEAT at Pygmalion Theatre in Salt Lake City. Her play SHE WAS MY BROTHER premiered at Borderlands Theatre in Tucson and was subsequently produced by Plan-B Theatre in Salt Lake City. THE HARVEY GIRLS, commissioned by Penn State University and Dramatic Publishing, is published by Dramatic. Her play for young people ACROSS THE WIDE AND LONESOME PRAIRIE was recently produced by Playwrights Theatre of New Jersey and Coterie Theatre in Kansas City.

She is the recipient of the Kennedy Center Award for New American Plays for WHITE MONEY, the Joseph Jefferson Award for Best New Work for THE LOST VEGAS SERIES, and the LA Weekly Award for Best New Play for TWO-HEADED. She has received the McKnight National Playwriting Fellowship and the TCG/NEA Playwriting Residency for WAIT!, and a major grant from the Pew Charitable Trusts for DUST EATERS. She won the Mill Mountain Theatre Playwriting Competition three times for TENDER HOOKS, LAST LISTS OF MY MAD MOTHER and TWO-HEADED. Her play TWO-HEADED was included in the volume BEST PLAYS BY WOMEN, and she has twice been nominated by the American Theatre Critics Association for the Steinberg Award for the best new play produced outside of New York for LAST LISTS OF MY MAD MOTHER and DUST EATERS. She was twice a finalist for the PEN USA Award in Playwriting for TWO-HEADED and DUST EATERS, and her play, BILLION DOLLAR BABY, received the New American Plays Award from the Edgerton Foundation.

Her work has been produced in London, Hamburg and at the Edinburgh Fringe Festival as well as in the United States in New York and theatres nationwide. She has been commissioned by Mark Taper Forum, ASK Theatre Projects, Kennedy Center (twice), Actors Theatre of Louisville (twice), Salt Lake Acting Company (twice), Geva Theatre, Philadelphia Theatre Company, Penn State University, and Dramatic Publishing. Her work is published by Dramatic Publishing, Dramatists Play Service, Playscripts, Inc., and Smith and Kraus.

Jensen is a frequent speaker and workshop coordinator, conducting master classes for Kennedy Center American College Theatre Festival and Kennedy Center’s Summer Playwriting Intensive. She also works regularly as a dramaturg for Native Voices Theatre, and teaches for Script, a summer screenwriting and playwriting intensive. Her playwriting book, PLAYWRITING: BRIEF AND BRILLIANT, is published by Smith and Kraus.

She is Resident Playwright at Salt Lake Acting Company, Regional Representative for the Dramatists Guild of America, and board member of the College of Fellows of the American Theatre.