Orlando Repertory Theatre is among 41 theaters nationwide co-presenting the online premiere of a free play about racism designed for children, and this version is directed by Khalia Davis of the Gurman Agency LLC.

“A Kids Play About Racism” will be shown Aug. 1-2 in the hopes of giving families a way to engage in meaningful conversation about racial issues. The play is adapted from “A Kids Book About Race” by Jelani Memory, a Black father with six children of different races.

Orlando Rep and the other presenters, led by the Bay Area Children’s Theatre in California, Seattle Children’s Theatre and Alliance Theatre in Atlanta, specialize in theater for young audiences. The online presentation of “A Kids Play About Racism” will be available at get.broadwayondemand.com.

“This performance explains what racism is, how to know it when you see and experience it, and ideas for what you can do about it,” reads the website, kidsplayabout.org. The production is recommended for ages 5 and up.

Read the full article by Matthew J. Palm from the Orlando Sentinel here. 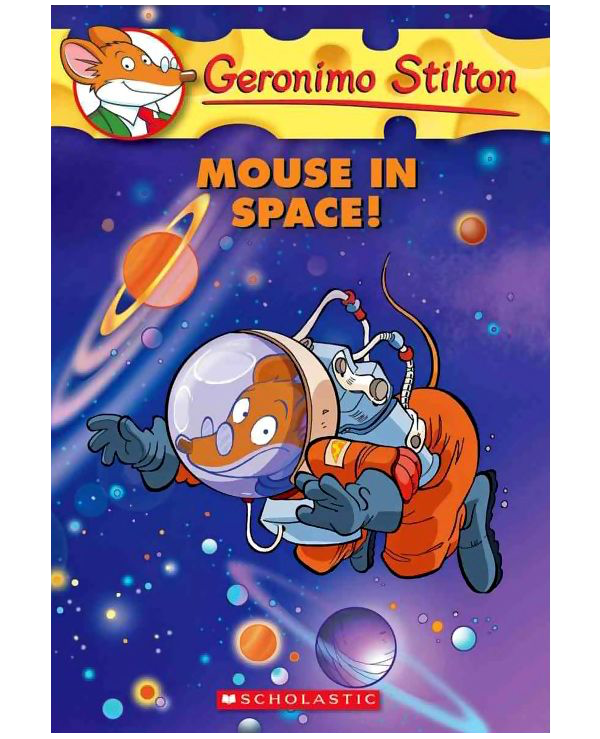 The Ontario tour will begin in October 2018, premiering at the Richmond Hill Centre for the Performing Arts. In Geronimo Stilton: Mouse in Space, villains are threatening New Mouse City, and the only hope is Geronimo Stilton. The hero is launched into space on a top-secret mission to save the day.

Geronimo Stilton: Mouse in Space is based on the bestselling Italian book series by Elisabetta Dami and is adapted for the stage by John Maclay. The deal was secured by Atlantyca Live and brokered by the Gurman Agency, Atlantyca’s theatrical literary agent. Atlantyca’s first U.S. stage show launched in January 2016 with the premiere of The Oregon Children’s Theater’s Geronimo Stilton: Mouse in Space.

“Fly Guy, the Musical,” the latest piece from Bay Area Children’s Theatre, has the jokes you’d expect — and miss if they weren’t there — from a show about an insect. There are lots of “buzz”-related puns, and the title character introduces himself by announcing his craving for “something tasty … like an old, dead fish.”

But this musical, which Austin Zumbro wrote, inspired by Tedd Arnold’s “Fly Guy” books, also accomplishes something loftier, which is to channel a child’s appreciation for the banal, even the germ-ridden — something adults in the audience could learn from.

The production follows Fly Guy (Dominic Dagdagan) as he goes from pest to pet at the hands of a benevolent young human, fittingly named Buzz (Benjamin Nguyen). Executive artistic director Nina Meehan conceived the show and directs. Recommended for ages 4 and older.

The heroine of the title, a brilliant graffiti artist played by Katy Carkuff, lives in the year 3000. Instead of spray cans, she uses a graffiti device that she programs and then “sprays” onto walls (with the help of designer Tewodross Melchishua’s projections).

She raps to the audience:

Said my name is Snow Whyte

But not the Disney version

Is just a bit more urban

And these raps are tight

My talent reveals the light

Replacing the evil stepmother is a jealous uncle named Kanye East (Calvin McCullough). A longtime graffiti star himself, he goes a little crazy when he hears that Snow Whyte is now considered the best graffiti artist in the land. His servant, 3 Pac (Frank Britton), and magic mirror, Mira (Jonathan Feuer), can’t reassure him. So he spirits his niece to a backwater planet where they still use spray cans and her work won’t be seen. Of course Snow Whyte triumphs.

Ms. Frizzle is back — sort of!

PEOPLE can exclusively reveal that Saturday Night Live‘s Kate McKinnon will be starring in Netflix’s revival of The Magic School Bus: Rides Again as the voice of teacher Fiona.  Fiona, who is the sister to the the original Ms. Valerie Frizzle, will bring the same comedy mayhem and science education as the original educational ’90s series.  Frizzle.  The TV series — which premiered on Sept.10, 1994, is based on the book series of the same name by Joanna Cole and Bruce Degen. 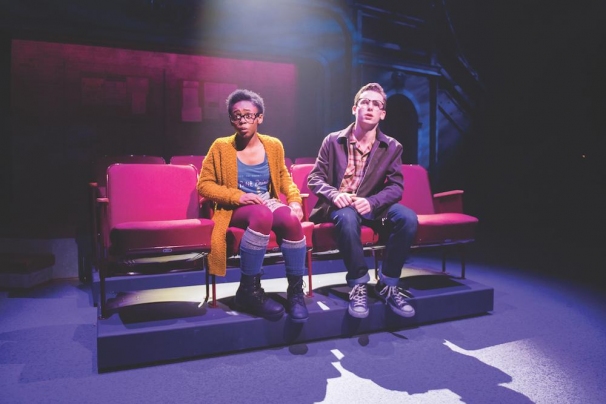 Based on the series by R.L. Stine, First Stage Associate Artistic Director John Maclay and Music Director-Composer Danny Abosch have adapted the novel into a musical which will charm audiences of all ages. The “big kids” will immediately recognize the storyline from Andrew Lloyd Webber’s The Phantom of the Opera while the “littler ones” easily pick up on all the Disney references. When Brooke and Zeke are cast in a show about a phantom, strange things begin to happen at the school. Is someone playing tricks? Or is there a real phantom out to stop this production?

Director Niffer Clarke masterfully keeps the silly suspense turned up high amid the solid musical numbers and her own well-executed choreography. With Stine’s books, it’s the kids who are the smart ones and Brooke and Zeke certainly rule here as they try to figure out who—or what—is actually behind all the ominous warnings.

The Chills cast of young performers handled the acting chores at last Saturday’s matinée with the utmost enthusiasm and professionalism. Chantae Miller is already a veteran of local productions and it shows in her pitch-perfect performance as Brooke. Jake Koch’s Zeke is the perfect comic foil and Mallorey Wallace hits all the rights notes (literally) as “mean girl—kinda-sorta” Tina. Veteran stage actors Carrie Hitchcock and Chris Klopatek serve this production well as the befuddled teacher and scary janitor, respectively.

Read the full article by Harry Cherkinian from the Shepherd Express here.

It’s not always the case that a play lives up to either its title or its billing, but First Stage, as you might expect, does just that with “Goosebumps,” which opened over the weekend.

The full title of the play is “Goosebumps: Phantom of the Auditorium: The Musical,” based on a book by R. L. Stine, who wrote a series of novels for children that have sold over 30 million copies worldwide.

The musical was yet another world premiere for First Stage and was written by John Maclay, who wrote the book, and Danny Abosch, both clients of the Gurman Agency, who wrote the music. The two combined to write some of the best and most interesting lyrics I’ve heard in a long time.

A high school drama class is going to stage a play under the thoughtful and hopeful direction of Mrs. Walker (a marvelously disguised Carrie Hitchcock). The story of the play is about a phantom who prowls the halls of the school auditorium. There are eight students (in the Chill cast which I saw Saturday) who have various roles in the production, headlined by Brooke Rodgers (Chantae Miller) and Zeke Matthews (Jake Koch) who is really the phantom.

Read the full article by Dave Begel from OnMiluakee here.