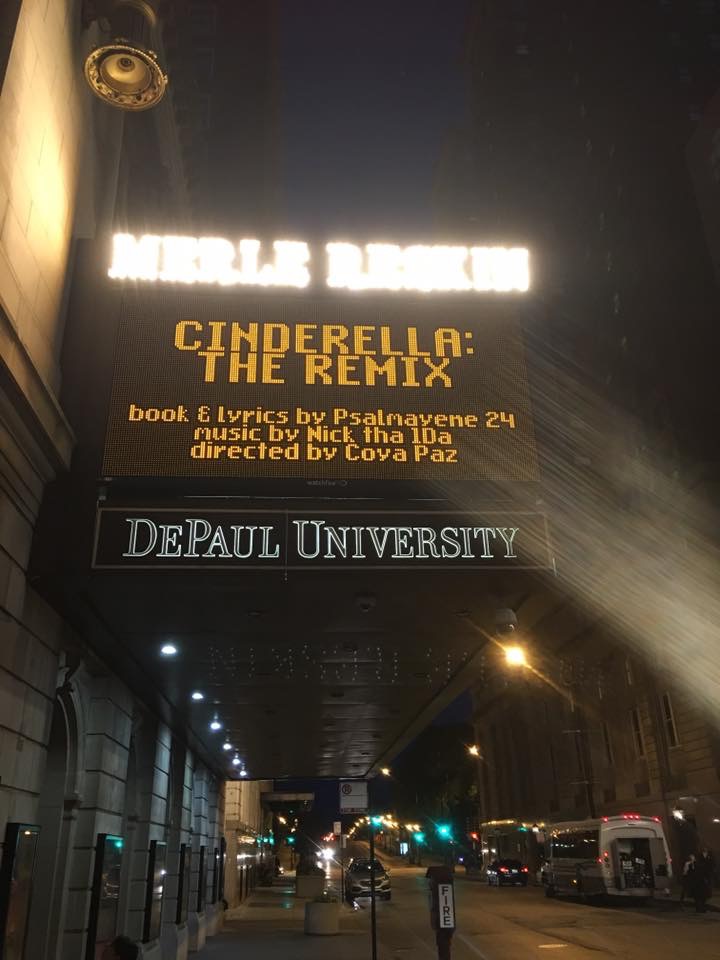 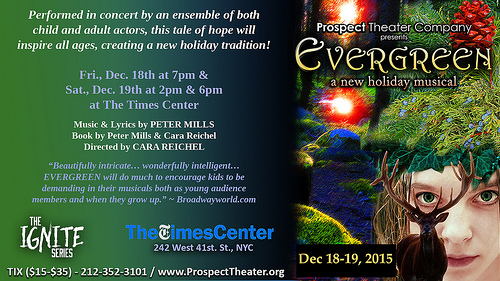 Prospect Theater Company, under the leadership of Cara Reichel, Producing Artistic Director and Melissa Huber, Managing Director, will present a concert staging of Evergreen, a family friendly musical for the holidays at The TimesCenter (242 W 41st Street), with performances Friday, December 18 at 7pm and Saturday, December 19 at 2pm and 6pm.

The concert will feature the Obie Award-winning Gretchen Cryer (I’m Getting My Act Together and Taking It On the Road), Tony Award nominee and Drama Desk Award winnerMelissa Errico (Amour), and Orville Mendoza (Peter and the Starcatcher), alongside Pace University students Hillary Fisherand Joe Ottavi-Perez in the leading roles of Maya and Joshi.

Recommended for ages six and up, Evergreen is an original (one act, 75-minute) holiday musical by Peter Mills and Cara Reichel, that follows Maya, a headstrong girl on a fantastic adventure to find the Earth’s last living evergreens.

Charlotte has made theater history with the world premiere of “Ella’s Big Chance: A Jazz Age Cinderella.” Composer-lyricist-author Joan Cushing adapted this musical from British-born Shirley Hughes’ 2004 book. This adaptation is part of Children’s Theatre of Charlotte’s Dreamer Series (ages 6 to 8) and Adventurer Series (9 to 14).

Everyone from tots to adults knows the classic story of a weary daughter whose widowed father remarries. She acquires a brassy stepmother and two hoggish stepsisters, who use her as their maidservant. The setting has been moved to London during the Roaring ’20s, with flapper dresses, finger-waved hair and propulsive dance cadences all the rage.

Ladies wrapped in satin low-waist, shin-length dresses and cloche hats flit across the stage, tuxedoed men in tow. Designer Bob Croghan’s costumes made me wish I could travel back in time to slip into one of his ornate creations, with their mounds of shiny material, sparkling fringe and iridescent beads. Ron Chisholm’s choreography hits big, with the entire cast vigorously stepping the Charleston to musical director Drina Keen’s syncopated rhythms.

Director Adam Burke brings this tale to life while keeping details of the time, place, and culture intact. The minimal graphics are a welcome touch in this mesmeric production, and scenic designer Ryan Wineinger allows the book’s pages to leap onto the stage via sliding backdrops that resemble illustrations.